Certificates of No Harassment

Applications for Certificate of No Harassment

We are frequently called upon to represent the owners of a Class B multiple dwelling in New York City in an effort to obtain a certificate of no harassment from the Department of preservation and Development (“HPD”). For those unfamiliar with the designation, it is a brownstone registered as a single room occupancy house (“SRO”). The incentive or at times the necessity to obtain a certificate of no harassment is huge. Having one can mean the difference of millions of dollars in the sale of a building or an inability to obtain a building permit to renovate or demolish a building. Imagine not being able to convert a brownstone from an SRO to a single family home or apartment building (Class A) in New York City.

Only an owner as shown on the deed or a contract vendee in possession (purchaser under contract who has taken possession of the building as evidenced by having an insurance policy in place) may apply for a certificate of no harassment.

There is a thirty six month period of inquiry for which HPD will investigate to determine whether or not there is any evidence of harassment which would cause an administrative hearing to be conducted. Local Law 19 of 1983 and the NYC Housing Maintenance Code are the statutes which detail, define and determine harassment and enforcement procedures. In a nutshell, harassment means conduct by or on behalf of an owner of an SRO that includes the use or threatened use of force which causes or is intended to cause a person lawfully in possession of an SRO unit to vacate, surrender or waive rights in relation to the unit. Examples of harassment would be the interruption of essential services, intended to interfere with or disturb or cause the occupant to vacate their SRO unit, changing of door locks, failure or refusal to make necessary repairs or to clean and maintain the SRO unit or the building the SRO unit is in, unlawful eviction, etc.

The application process may take six months for the commissioner of HPD to make a final determination. It is a long and arduous process requiring special knowledge of the statutes, process and procedures. In this practice, Mr. Wachtel will represent you in your future endeavor to obtain a certificate of no harassment from HPD.

From his office in midtown Manhattan, the law firm of Gary J. Wachtel, Esq. represents landlord and tenant clients across the entire New York City area, including the boroughs Manhattan, Brooklyn, Bronx, Queens, and Staten Island and throughout Nassau and Suffolk Counties. Contact his law offices now, or call him today to arrange for your initial appointment, and let his experience be your advantage – 212-371-6500.

The expanded CONH law creates a three-year pilot program effective in late September 2018.  For those owners with covered work to be done in a Pilot Program-listed building, the burdens are heavy.  The burdens are no less than those which currently apply to building containing SRO units, or located in the CONH “Special Districts” in Manhattan and Brooklyn but in one sense, the CONHPP is more burdensome than the existing CONH regime, as the latter’s harassment lookback period is only three years, compared to five years under the CONHPP.

HPD will devise a formula for calculating the BQI and propose it as a rule. All we know at this point is that the BQI formula will incorporate the following factors: 1) “records of open and closed hazardous [B] and immediately hazardous [C] violations,” 2) “records of paid and unpaid liens for expenses incurred by HPD for the repairs or elimination of dangerous conditions under the emergency repair program,” 3) “change of ownership,” and 4) “any other factor that reasonably indicates distress”.

The specific geographic areas subject to the CONH program are community districts: 4, 5 and 7 in the Bronx; 3, 4, 5 and 16 in Brooklyn; 9, 11 and 12 in Manhattan; 14 in Queens; or any other CD, any part of which, after late December 2017, becomes subject to a city-sponsored rezoning of an area at least 10 city blocks in size that increases the “permitted residential floor area ratio” by at least 33%.

There are also limited circumstances where a current owner can request a waiver of the CONH requirement if the contract of sale was reported prior to November 29, 2017, the current owner was a bona fide purchaser for value, and any prior findings of harassment occurred under a prior owner.  The CONH Program will sunset in late September 2021, subject to extension by the normal legislative process.

To learn more about the cases Gary J. Wachtel has successfully handled for clients, please visit his Success Stories.

Visit the Practice Areas Page to learn more about how Gary J. Wachtel can help you. 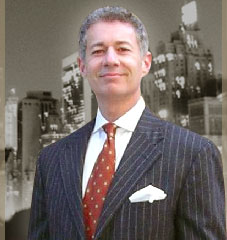