As a landlord, there are many rules that you must follow.  Although you may inform your tenants about them, it doesn’t necessarily mean that they follow them.  The difficult part about this is that it’s nearly impossible to keep track of what every tenant does inside of their property.  One of the things that tenants can do inside of their apartment is rent it out to other people.  Even more now with the application called Airbnb, it has become easier than ever to lease out properties for short or long-term leases.

This becomes a problem because landlord tenant law in NYC states that short-term rentals for less than 30 days when a tenant is not present is illegal in New York City.  This is because it violates many different codes.  One of the codes that it violates is the New York City Administrative Code, which identifies the local laws of New York City.  In addition, it also violates the Multiple Dwelling Law, the New York City Fire Code, and the tax laws that are applicable to hotels.  It also poses a security threat to the other tenants in the apartment building.

Unfortunately, whether the landlord knew that this was happening or not, they are held responsible when this occurs.  When this happens, the landlord will be charged a large fine, even though they were not earning any profits from the business that their tenants were running.

If this happened to you, you should talk to Gary Wachtel about what you can do to resolve the issue.  Since Wachtel knows the landlord tenant law in NYC, he’ll fight to lower your fines.  For instance, this happened to one of our clients in the past and they were fined $60,000.  He handled this by obtaining an order to prevent the tenant from subletting the apartment further and also filed certificates of correction with and received approvals from the New York City Department of Buildings.  At the end of the hearing, the $60,000 fine was lowered to $6,000; they are pursuing the tenant for reimbursement.

If you need similar help, give us a call at Gary Wachtel.

What is a Sale and Purchase Agreement

What is a Tenant Buyout? 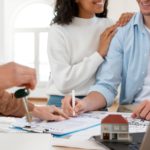 What is a Sale and Purchase Agreement
August 5, 2022wpengine 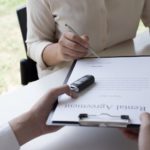 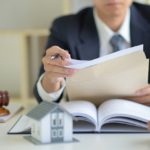 What is the Job of a Real Estate Lawyer?
June 7, 2022wpengine